A proven record of successful communications 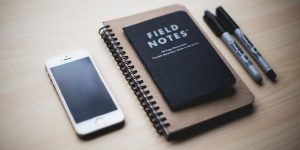 For Siddall Communications and the City of Richmond:

Mary Ellin was part of a team communicating major changes to Richmond’s bus rapid transit system during the spring and summer of 2018. Among Mary Ellin’s tangible outcomes:

Mary Ellin was part of an award-winning team communicating to northern Virginia about a new form of tolled interstate travel: the 495 Express Lanes. The campaign, conducted in 2011 and 2012, was recognized by the Richmond chapter of the Public Relations Society of Virginia in 2012 with awards for first place and Best in Show. Among Mary Ellin’s tangible outcomes:

For Pocahontas Parkway, a toll road in Richmond, Va:

Mary Ellin communicated seven toll price increases between 2008 and 2018, achieving largely neutral media coverage and community response due to the use of strategic communications, proactive positive key messaging, and value propositions touting the benefits of the toll road.

Mary Ellin also planned and executed two large-scale events: The groundbreaking of the Airport Connector Road in 2008, and the opening of the Connector in 2011. Both events were attended by high-profile national, state and local officials, and received positive media coverage. The groundbreaking also featured a signature “Blessing of the Ground” by the chiefs of three local Native American tribes, wearing full regalia; this special event element earned strong photo coverage in the local media.

For the author of Izzy’s Fire and The Little Lion :